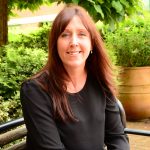 In September 2019, a brilliant National Care Leaver Event was held in Manchester.  It was truly inspiring to hear from people who had experienced care, the barriers they faced and how they had overcome them without the family support that so many of us take for granted.

In response to the event, one of the people I totally admire and knew briefly as a teenager – the poet Lemn Sissay MBE and whose book ‘My Name is Why’ is a frank and powerful memoir about his life growing up in care in the 1970’s and 80’s, threw down the gauntlet – it’s all very well talking about change, but I want to see the reality next time this type of event happens.

Roll forward through a pandemic and two years on, a similar event was just held in Manchester and it got me thinking, during National Care Leaver week last week – have we met that challenge?

In my personal and professional life, I have experienced the vagaries of the care system, the cracks people can fall through and the impact it can have on young lives. Whatever has happened, we need to celebrate these young people and their many achievements, focus on the positive, remove barriers and aim as high as we dare on ambition. Not having a stable start in life with little family support can really hamper confidence and sense of direction. To add to this complexity, the whole world has lived through a once in a lifetime trauma and the impact on young people has been starkly felt, particularly young people in care or leaving care.

Within MSV, our philosophy over decades of working with young people in our Foyers and young person’s schemes is that some people have a rocky start in life, but that should not, in any way, mean they are stuck there in perpetuity – so many of the bright, talented and ambitious people we have been lucky enough to know go on to do amazing things. And we are really proud to be one small part of a bigger collective of organisations and caring people in Greater Manchester who genuinely do want to see deeds, not just words when it comes to helping care experienced people flourish.

In Greater Manchester, like so many places up and down the country, we have a care leaver covenant and guarantee, leveraging our fantastic, collegiate partnership working. This was also enhanced by the young person’s guarantee in response to the pandemic. The covenant has five focussed outcomes for young people leaving care including being better prepared and supported to live independently and experience of stability and feeling safe and secure.

A shared vision for care leavers

The housing providers, through GMHP, have been coalescing even more around the vision that every young person leaving care should have a great future – we know that every year, 1000 people leave care in our area, some as young as 16. Access to a decent and affordable home is critical in building a solid foundation for their transition to independence and creating a life of stability and fulfilment, along with access to work and skills, being fully digital, and building financial resilience and life skills.

Following work by a group of housing practitioners from across the Greater Manchester Housing Providers (a brilliant group who are a credit to their organisations and GM), we launched a set of pledges in May 2020 which guaranteed a housing offer with support, along with mentoring schemes, access to apprenticeships, education and training (through us and our supply chains) and a wider support network in the community. We had worked closely with people who drive real change and build a movement such as the lead DCS for Care Leavers in GM, Paul Marshall, the voluntary and community and youth and play sectors, and with solid political buy in. Mayor Andy Burnham endorsed the pledges, and Lemn also spoke at the launch event and threw down the same gauntlet!

So, where are we now? A few small examples of those deeds, not words, on top of what many providers are already doing:

Our ambition to do more

With such immense pressures on our waiting lists and demand at an all-time high, it’s been really challenging, but it is so great to see the pledges turning into reality.  Through the working group and leaders such as Mark Leith and Noel Sharpe from Bolton at Home, we have ambitious plans for the next 12 months, including:

So – Mark attended this year’s conference and told me this. ‘It was full of incredible energy and excitement, some of the speakers were 18 and so professional, and it was a hugely insightful and emotional day with big cheers for National House Project’. Although there was apparently a lot of muttering from non-Man United fans all day as it was held at Hotel Football!

It has been a really great start, there is so much more to do, but it is such a privilege to be involved in this work for many of us, and hopefully we are making a small difference for care experienced people in GM. Hopefully Lemn agrees!

Charlie Norman is GMHP lead for health and Chief Executive of MSV.

In my personal and professional life, I have experienced the vagaries of the care system, the cracks people can fall through and the impact it can have on young lives. Whatever has happened, we need to celebrate these young people and their many achievements, focus on the positive, remove barriers and aim as high as we dare on ambition.